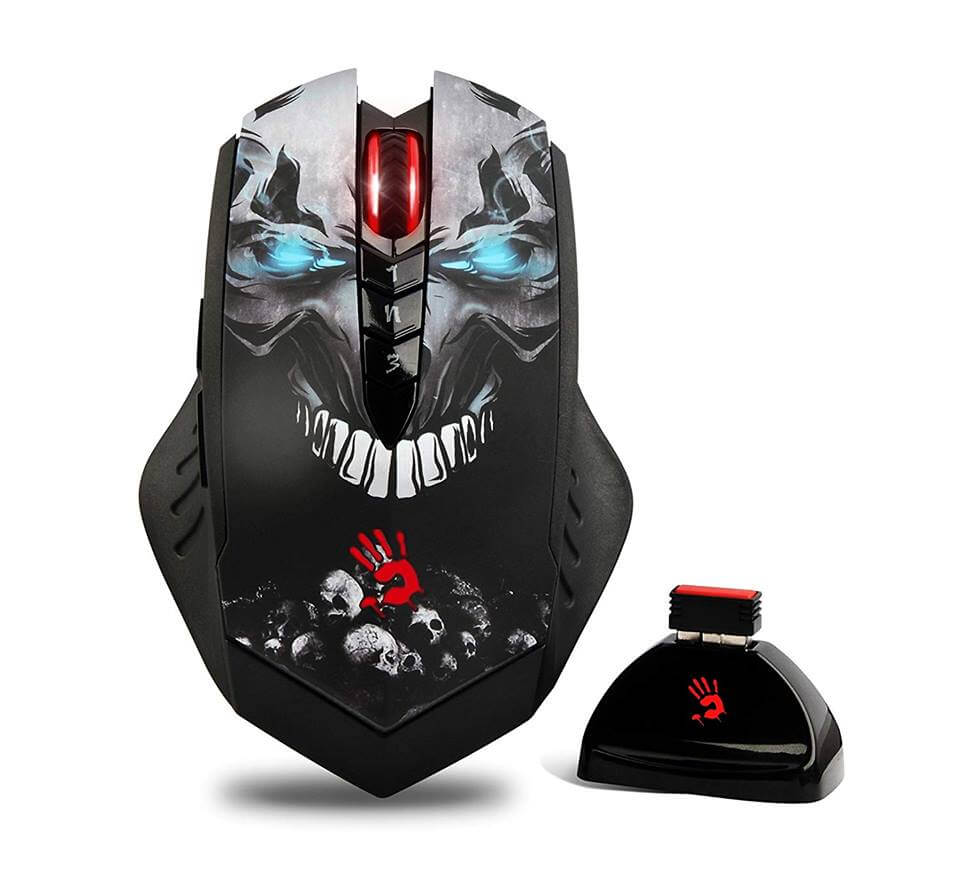 We haven’t had a chance to introduce many wireless gaming mice on our site yet. Mostly because gamers tend to prefer wired gaming mice over wireless and we haven’t yet stumbled on a mouse worth to write a review about. However, Bloody R8A Wireless Gaming Mouse really has caught our attention and it’s worth to take a look at.

Bloody is a generation of gaming gear developed by the Taiwanese manufacturers A4Tech. Bloody family features distinctive design on most of their gear.

With all the fancy pictures, logos on the and LED lights we find it a little bit overdone. But since most of the gaming mice already have quite a minimalistic design, it’s good to have something different in the selection.

The mouse features a ‘3 core’ technology. Basically, you can switch through three different presets accordingly to the games you play and your playstyle. You can modify the DPS and macro buttons for each preset. For example, the first core is for FPS games, second is for role-playing games and the third for RTS and MOBA games.

With the Exclusive 5 Patented Wireless Guard Setting Bloody claims that their mouse is as reliable as a regular wired mouse. The response time is only 1ms(same as wired gaming mice), while it is 18ms on regular wireless mice.

The exclusive patented X-Glide smooth surface glides 20% faster than other mice and offers 300km+ travel distance. A number, which is very hard to match and beat.

The mouse is rather bulky and suits well for bigger hands. The USB receiver can be placed into a slot inside the mouse. It’s convenient so you won’t lose one or another while going to LAN tournaments or just moving to another place.

The overall build quality feels firm. It’s not that cheap and light plastic usually featured in asian gaming gear. It is well-built and will last you many clicks to come. Also, the wireless charge time is unbelievably fast and it lasts long before you even have to charge it. It is very unlikely you will encounter any downtime at all with this mouse and its 2.4G wireless receiver.